My latest work via Saatchi & Saatchi. As featured in Wired, Engadget, TechCrunch, PSFK and The Verge.

Nearly a year and I half ago I walked in to my then ECD’s office and said “what if you could connect all the LandCruisers in Australia to create a gigantic, roving emergency communication network. Not just the new ones, but all of them!”. Well, after a year and a half of toil it feels great for Toyota and Saatchi & Saatchi to finally announce The LandCruiser Emergency Network – an ongoing project to bring emergency communications to the Outback:

Extreme terrain, killer predators, isolation from services and rapid onset of extreme weather make the Australian Outback one of the most inhospitable environments on earth. One of the biggest challenges faced by rural communities, and visitors, is a lack of access to mobile phone networks.

With over 5 million square kilometres, or 65% of the land receiving no mobile signal, the Australian Outback is one of the world’s most dangerous mobile phone black-spots.

In times of emergency this can be incredibly dangerous. 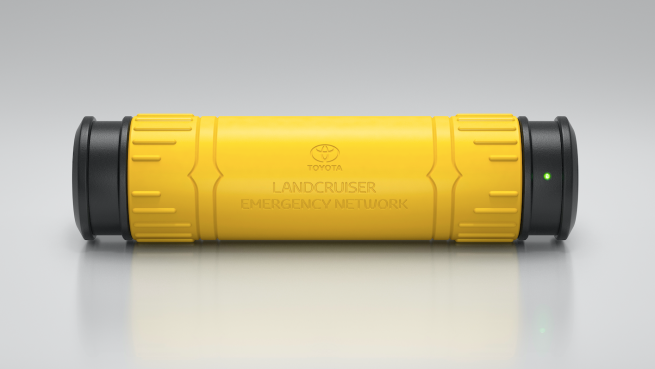 To quote the wonderfully eloquent editor of adland.tv: “People who drive Toyota LandCruisers are a special kind of helpful adventurers. There’s literally ‘LandCruiser gangs’ that drives out to remote places to drag Jeep’s out of situations too difficult for them to handle. Not even kidding”.

It’s estimated Toyota have over 500,000 LandCruiser vehicles in operation, making them the country’s most popular 4×4 and outnumber cell-phone installations in Australia 30 to 1. While rural Australians find themselves far from cell towers, they’re never usually far from a Toyota LandCruiser driver. The project seeks to take advantage of this scale by installing a small, inexpensive, signal-providing devices that turn LandCruisers into communication hotspots.

Together these create a store-and-forward network of emergency signals that anyone can use with just an ordinary mobile phone.

In times of emergency such as fire or flood, a mobilised and fully rolled out network like LEN can also create a coverage within an emergency zone. This enables the community in need to organise their disaster response, as well as communicate with the outside world.

Developed with Dr Paul Gardner-Stephen, Senior Lecturer at Flinders University School of Computer Sc, Engineering & Mathematics, and specialist in disaster and attack resilient technology, the plug-and-play devices are built upon the fundamentals of Delay-tolerant networking currently being explored by space agencies such as NASA for interplanetary communications and deep-space internet protocols and can be fitted to both old and new vehicles. The device’s design takes its industrial design from the relay-system baton design used to carry vital messaging across vast distances by the Ancient Greek, Roman and Chinese civilisations. 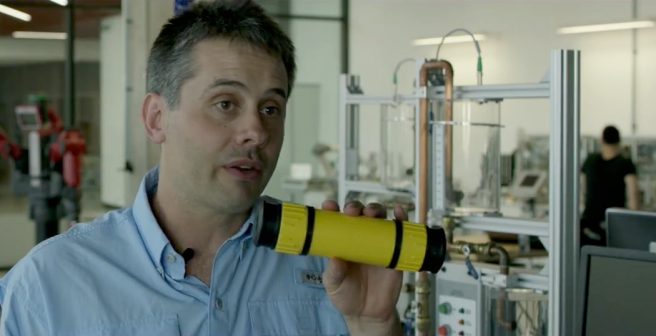 The LandCruiser Emergency Network launched in August 2015, with a successful, ongoing community pilot in 50,000 km2 of remote Outback South Australia.

Adland says: “It’s a brilliant idea that turns the LandCruisers out there into moving Wifi hotspots, enabling people out of reach from cellular networks to piggyback on their wifi-signal in order to send out an emergency signal/call. This is an idea that is actually changing the world – starting with the outback, of course”.

Special shout out to the wonderful team I had the pleasure of going on this journey with: Paul Gardner-Stephen and his team at Flinders University School of Computer Sc, Engineering & Mathematics. Saatchi & Saatchi creative teams Wassim Kanaan, Guy Hobbs, Pierre-Antoine Gilles – without who’s ingenuity, creativity and insight the project would not exist. The persistence of Sam Jones, Anna Warren, Mike Spirkovski and Gary Clark. The craft of Tod Duke-Yonge. The cinematography of Eddie Bell and the 8 crew. And a special thanks to Marg & Doug Sprigg and co. of the Arkaroola Wilderness Sanctuary, and the friendly citizens of the Flinders Ranges, SA.

Note: After delivering this project I left Saatchi’s to set up my own agency (Theo+Theo) with my lovely wife, award-winning design director Clare Theophane, but I will follow the project closely and hope it achieves the global potential I had always envisioned from the beginning.

Some landing and take-off highlights in awkward wind conditions at BHX this winter (a record winter for stormy conditions in the UK). Note the frequent flexing of the planes’ wings in response to the turbulence.

Of the five “missed approaches” shown, three diverted to other airports, two were “go arounds” and landed successfully on second attempt. 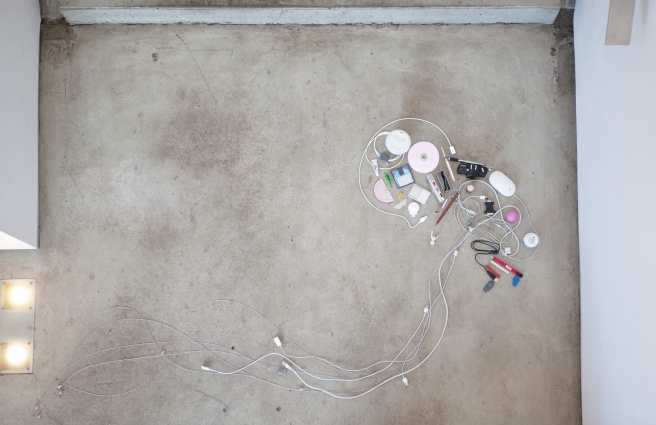 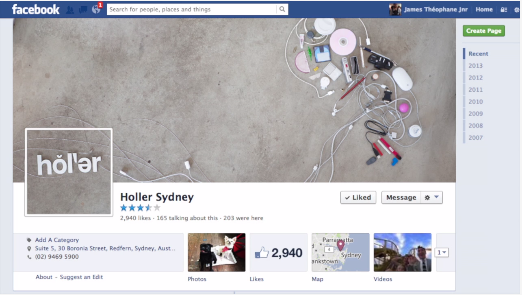 A little installation we made for heineken at Pacha Sydney.

Australia. Land of quattro is no ordinary TV commercial.

We (Holler Sydney) hacked quadcopters to track our car through Australia and create a multi-angle, multi-screen, interactive commercial – designed to be instantly and infinitely remixable from the comfort of your couch.

To achieve this we had to reinvent the way we shot a commercial. We used ‘dynamic waypoint’ hacked quadcopters (arduino) and 3DR telemetry tracking technology to match our Audi quattro turn for turn and capture each scene over and over again, so you can take the director’s chair and create your very own commercial to share. The best of which is aired on as a 60 second spot on national TV.

And the interaction with the experience resulted in a 28% increase in test drives.

Try it now or watch our wrap-up campaign video.

Arvind Gupta is an Indian toy inventor and populariser of science. He creates simple toys and educational experiments using locally available materials as well as items usually thrown as trash.

These simple toys, he found, fascinated children and Gupta. His website holds instructions, including short video clips (like above) on YouTube for making hundreds of improvised toys, which he makes available freely without copyright restrictions.

via an ambitious project collapsing.

Tedx Mimeisthai picked up the Interactive Grande Lotus last night, the second night of AdFest. The work also picked up the People’s Choice Award, the only Innovation Award and a bronze for Social media. This comes after Gold at Digital Asia, Silver at LIA, two Silvers at Spikes, an FWA and a bunch more. Humbled.

Video ~ February 12, 2013April 1, 2013 ~ James Theophane
Our viral work for Vanish, The World’s Most Dangerous Product Demo, wins this month’s IAB Creative Showcase pipping Havas Worldwide’s DSLR Gear No Idea and The Monkey’s Drag Race ‘Em to the post. Of the campaign IAB said: The campaign was a new twist on the old favourite “product demonstration” and proved that when executed with wit and flair the simplest ideas can still often be the best.”

It’s hard to beat a good old fashioned product demo. Really fun and simple idea with the brand at its core.

Pushing the boundaries on how technology and creative ideas can work together, we created ‘Telekinize The Rainbow‘, an interactive, multi-user experience for iconic confectionary brand, Skittles, which gives individuals the ability to move actual Skittles with their mind. For real. Live.

The experience lived entirely on Facebook and had audiences the world over perplexed as to how they could move skittles using a webcam and their mind.

“Skittles worldwide has won over millions of fans over by dramatising what happens at the intersection of real and imaginary.” – Chris Blayney, Wrigley’s marketing director.

IN JUST ONE WEEK:

ALL WITH A MEDIA BUDGET OF $0.

Congratulations to Denise Mckeon, Claire Alexander, Rees Steel, Paul Nagy and all the team for making this happen.